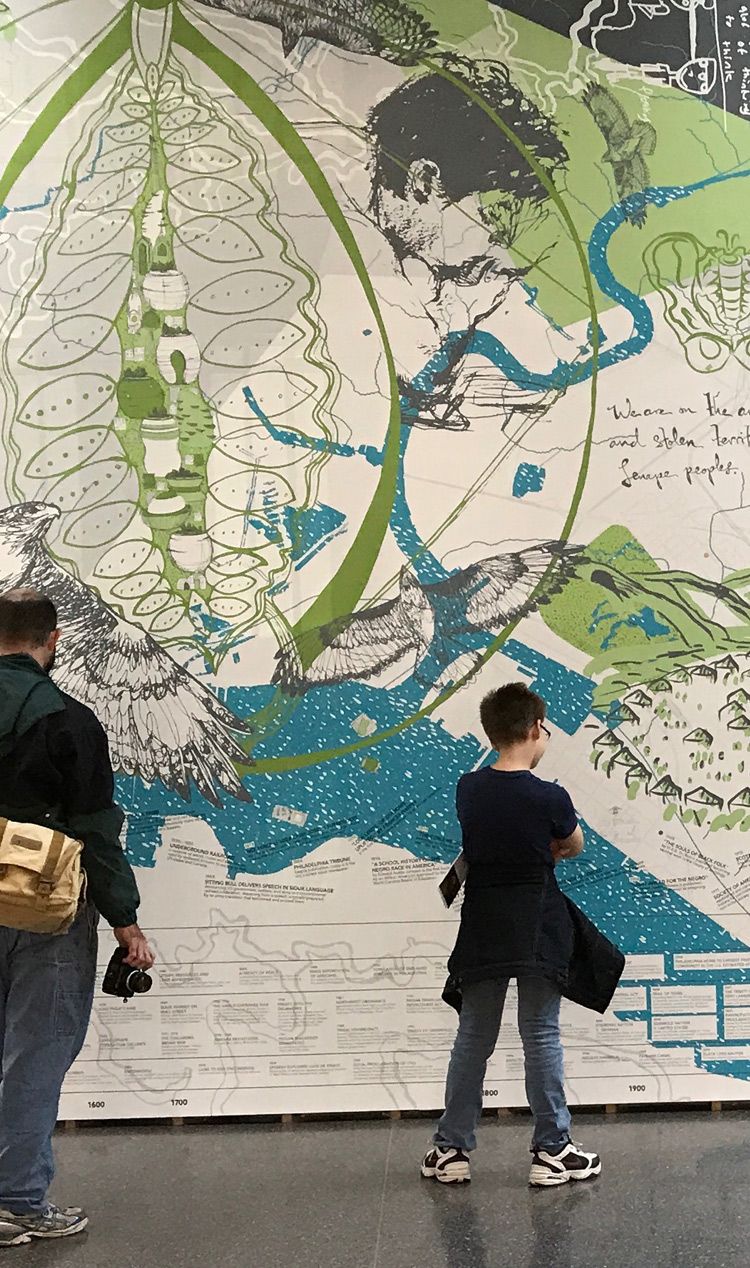 It's been years and I still don't know how to talk about this project so I'll explain it to you like I explain it to my friends. When I met dutch artist Jeanne van Heeswijk in 2016, this project had already begun. The Philadelphia Museum of Art had asked her to come create an "exhibit". She is a social practice artist so that can mean many things. For Jeanne it meant moving to Philadelphia and assembling a team of artists, activists, gardeners, cooks, writers, dreamers, you name it. She asked me to be a designer on the project and I started attending meetings held in an old building of Lofts which acted as our headquarters. What we all shared in common is that we loved Philadelphia and our communities and we were gathered around a central question 'How can we collectively shape our futures?'

After years of planning, Philadelphia Assembled manifested to the public in the Spring of 2017 as a series of actions, conversations, meals, installations, and other events throughout the city. The scope and abundance of its offerings was pretty incredible and its impacts still ripple through the city.

From September-December of the same year, visitors could experience a large communal presentation at the Museum's Perelman Building, which became a civic stage where the city is performed. 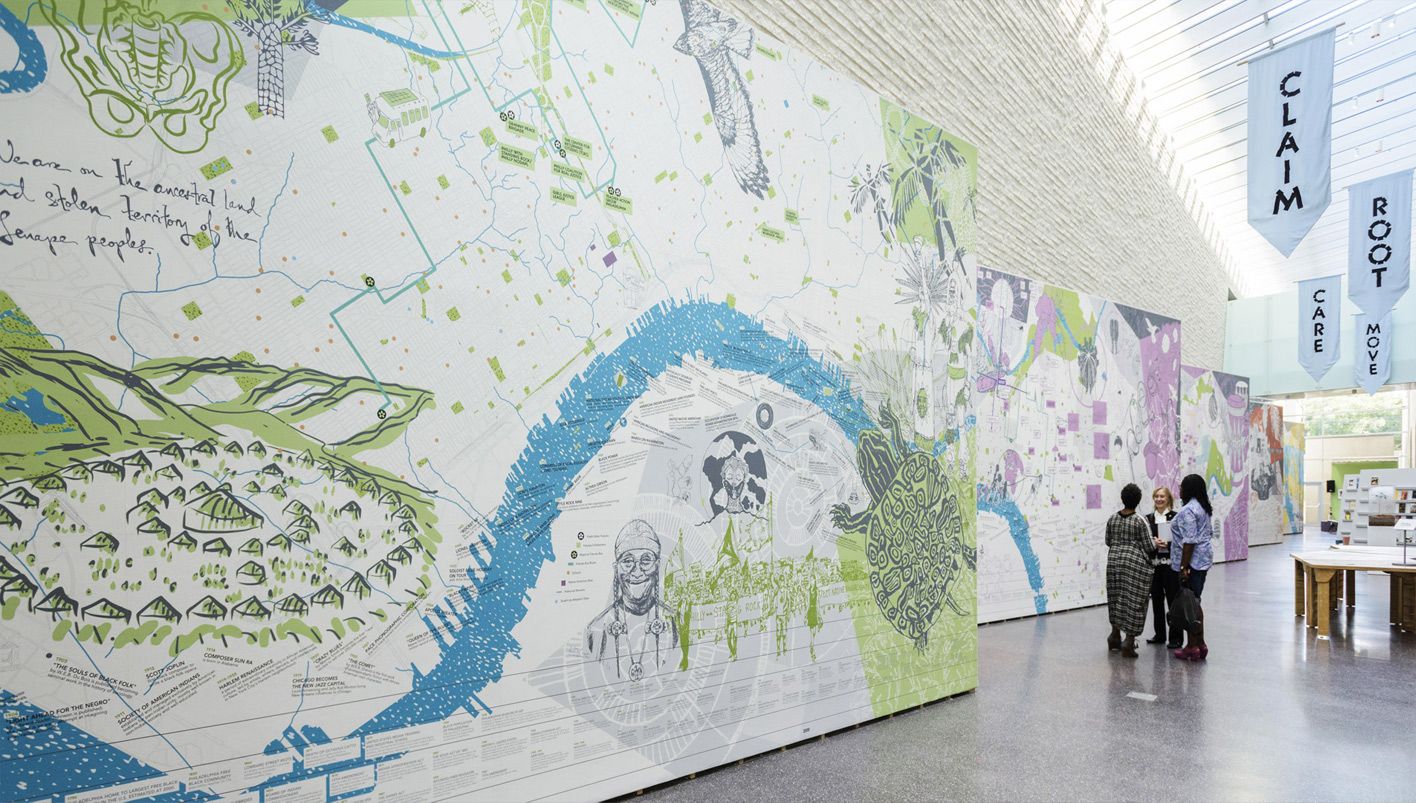 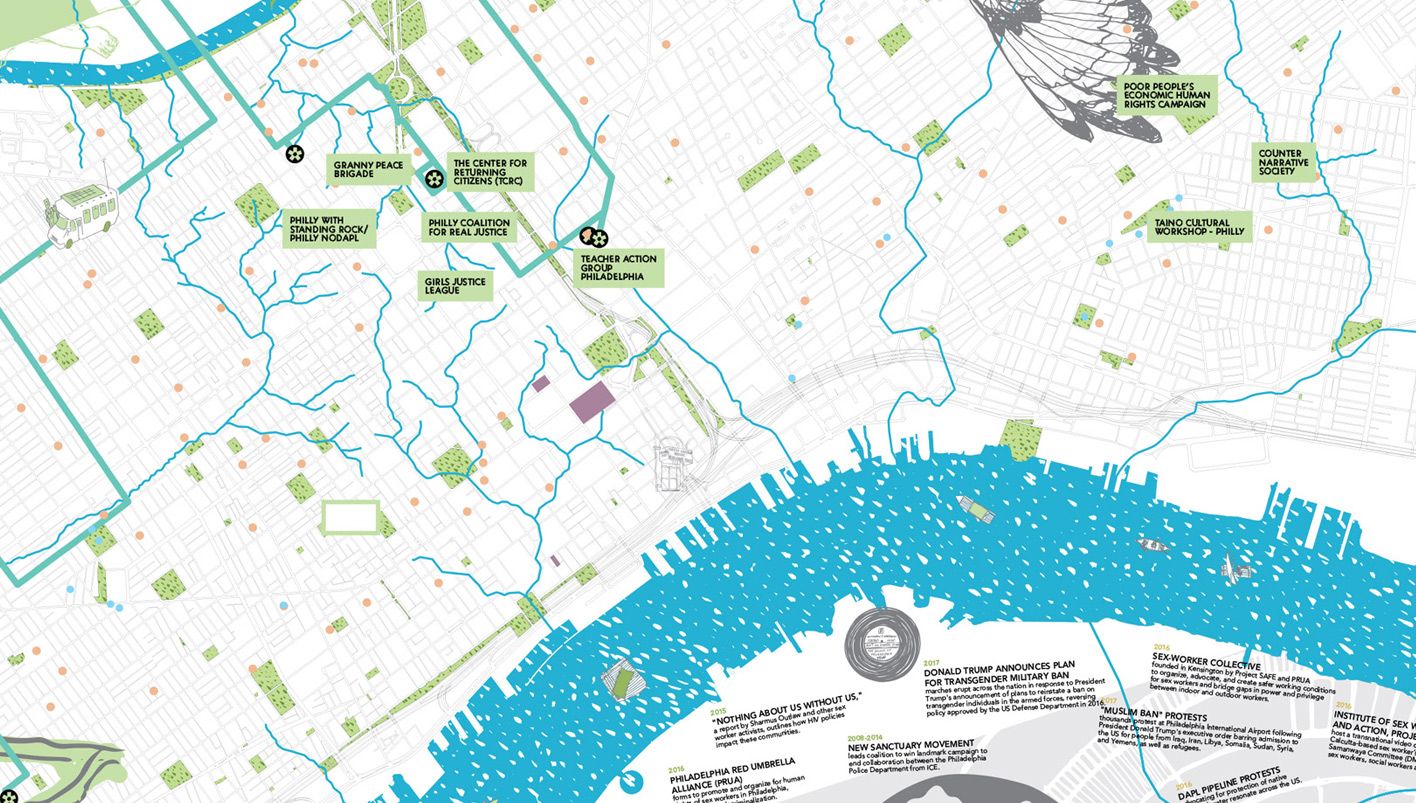 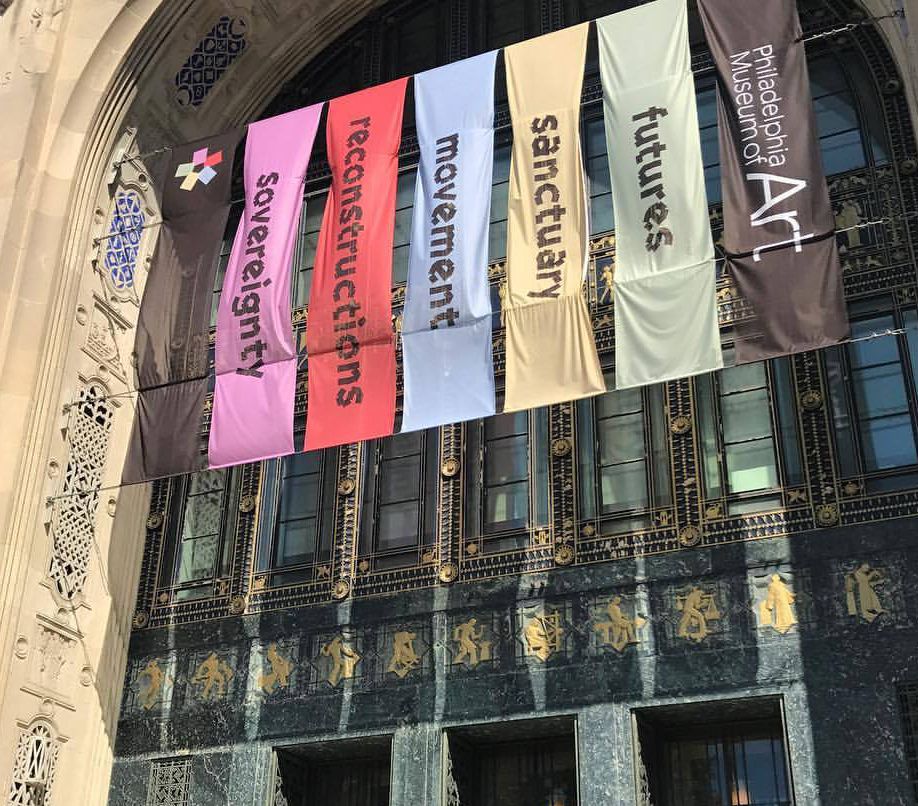 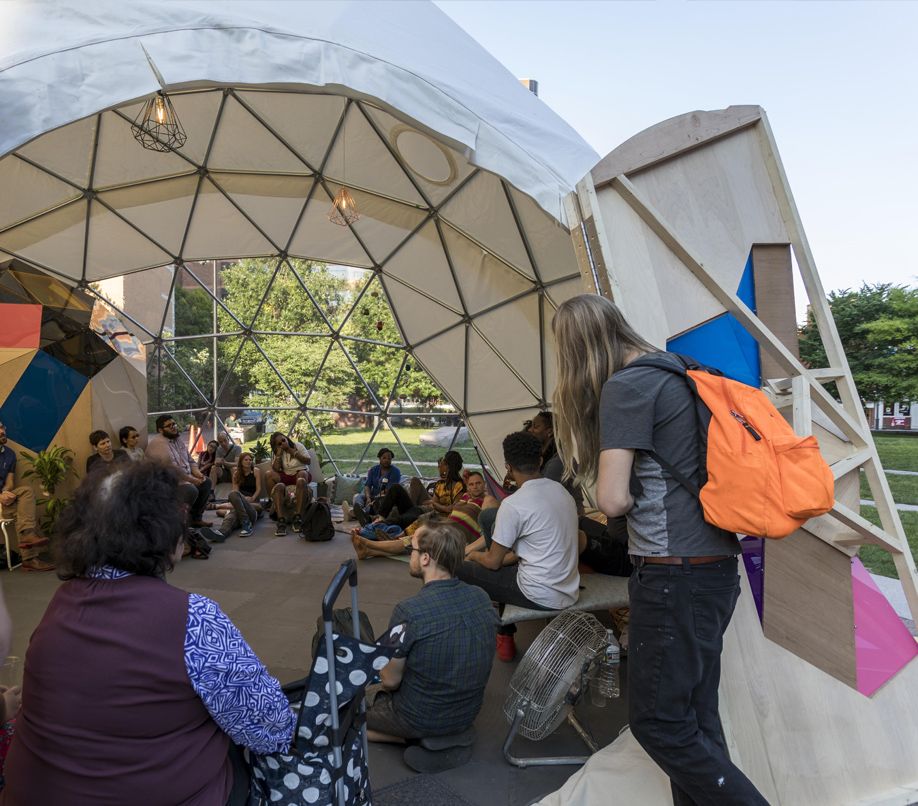 Dutch design group 75B created the identity based on common printer paper size and colors. 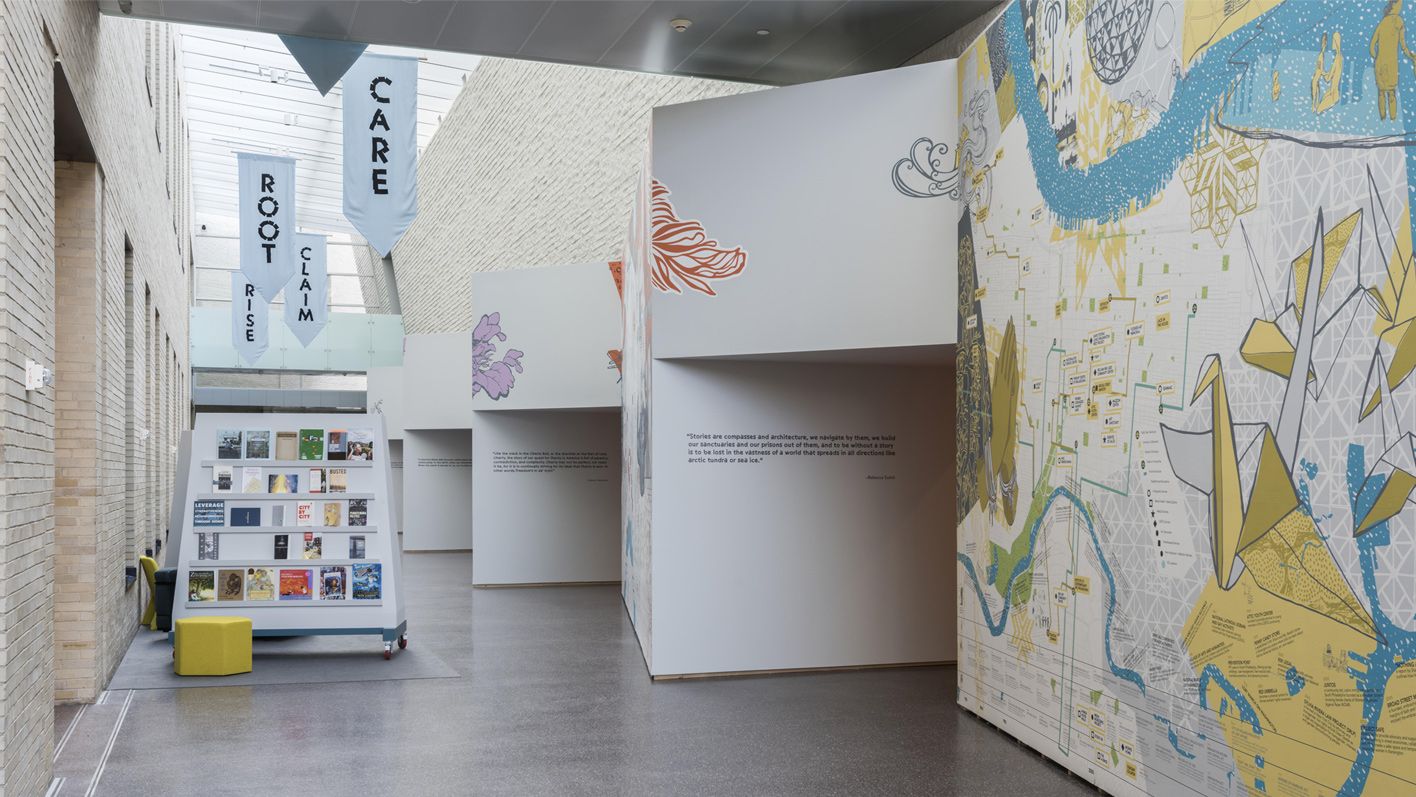 I designed the Philadelphia Assembled City Panorama, primarily with the drawings of artists Bri Barton and Charlyn Griffith. Janneke Absil helped with the design. 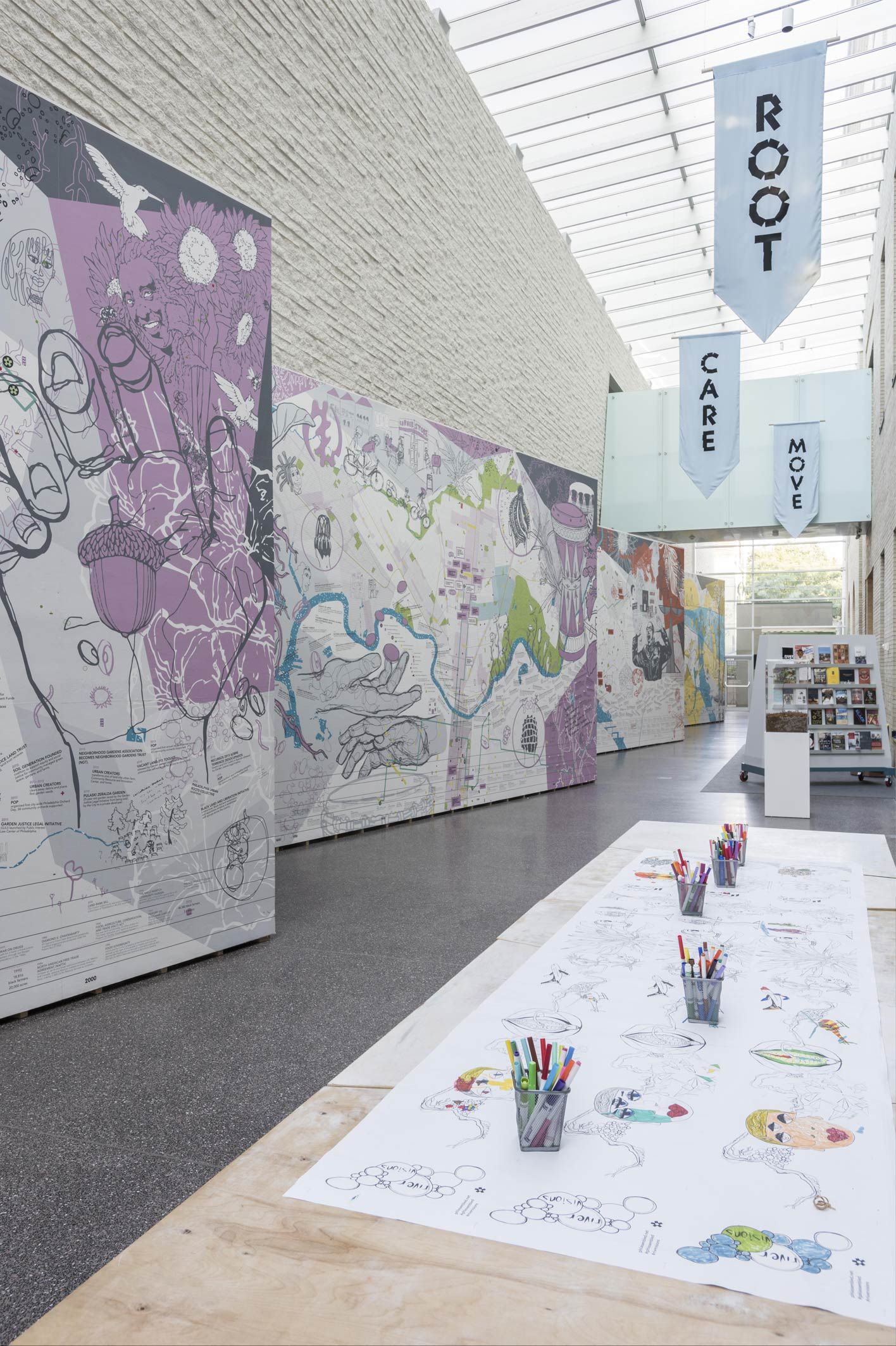 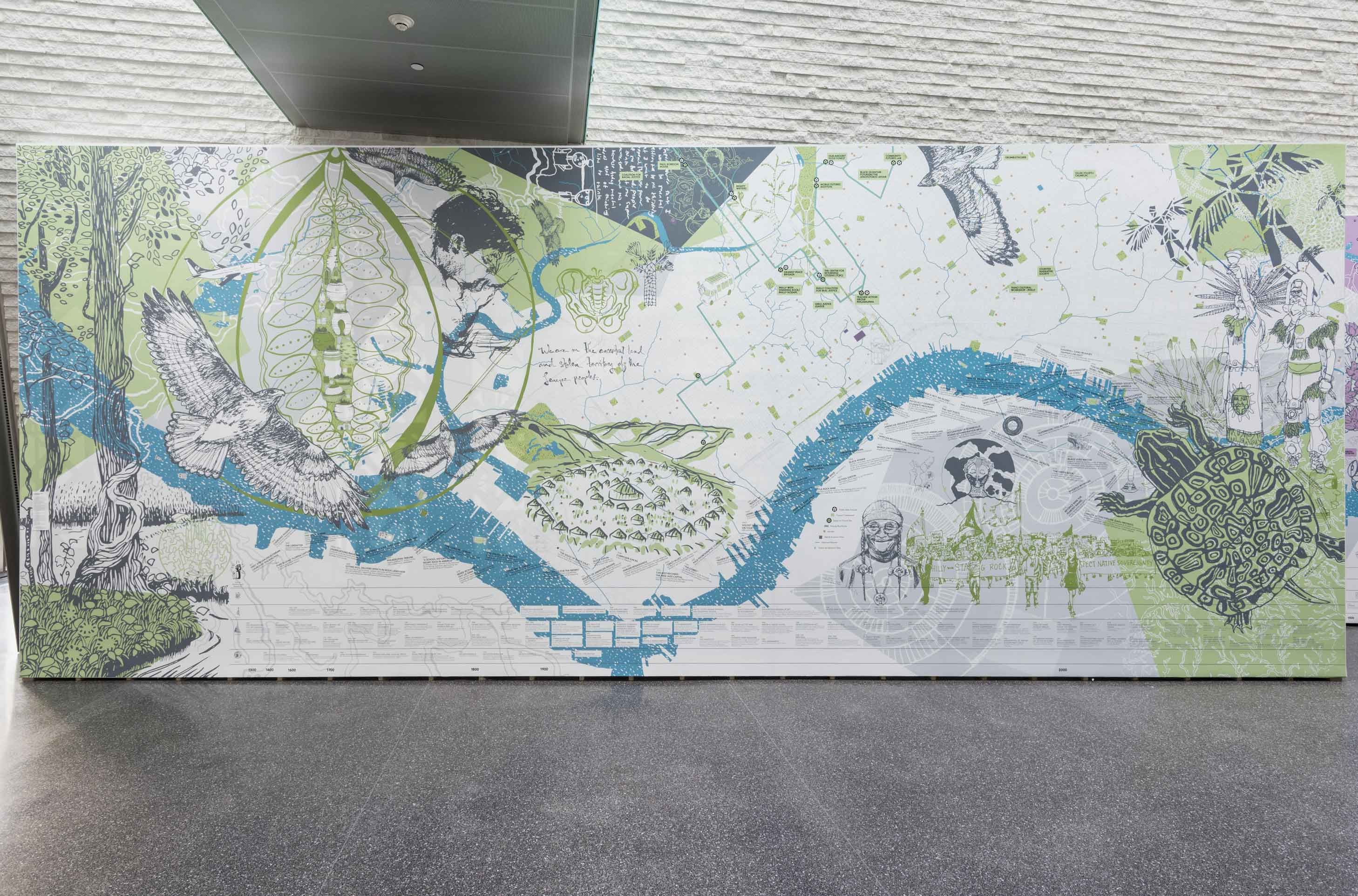 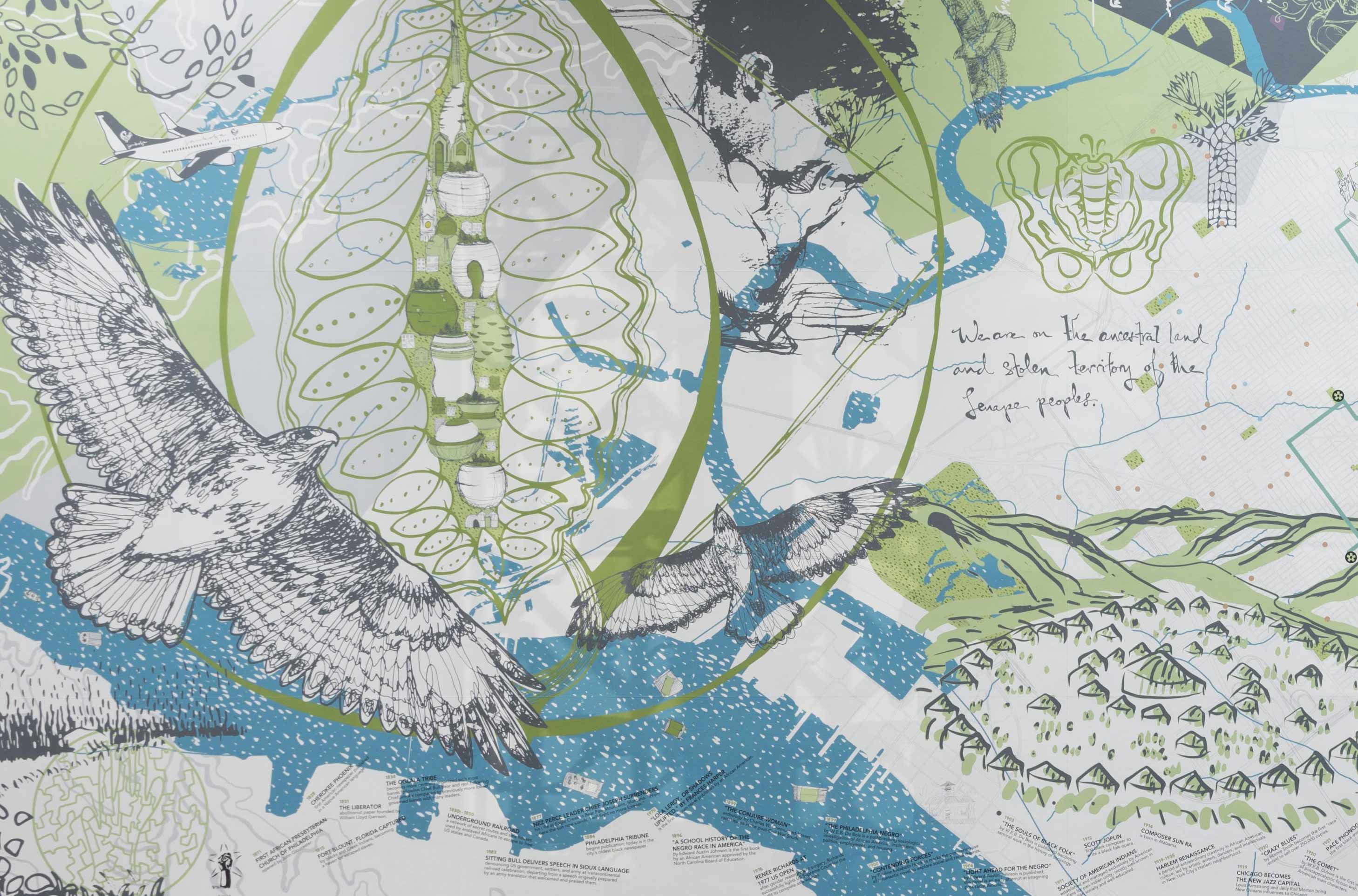 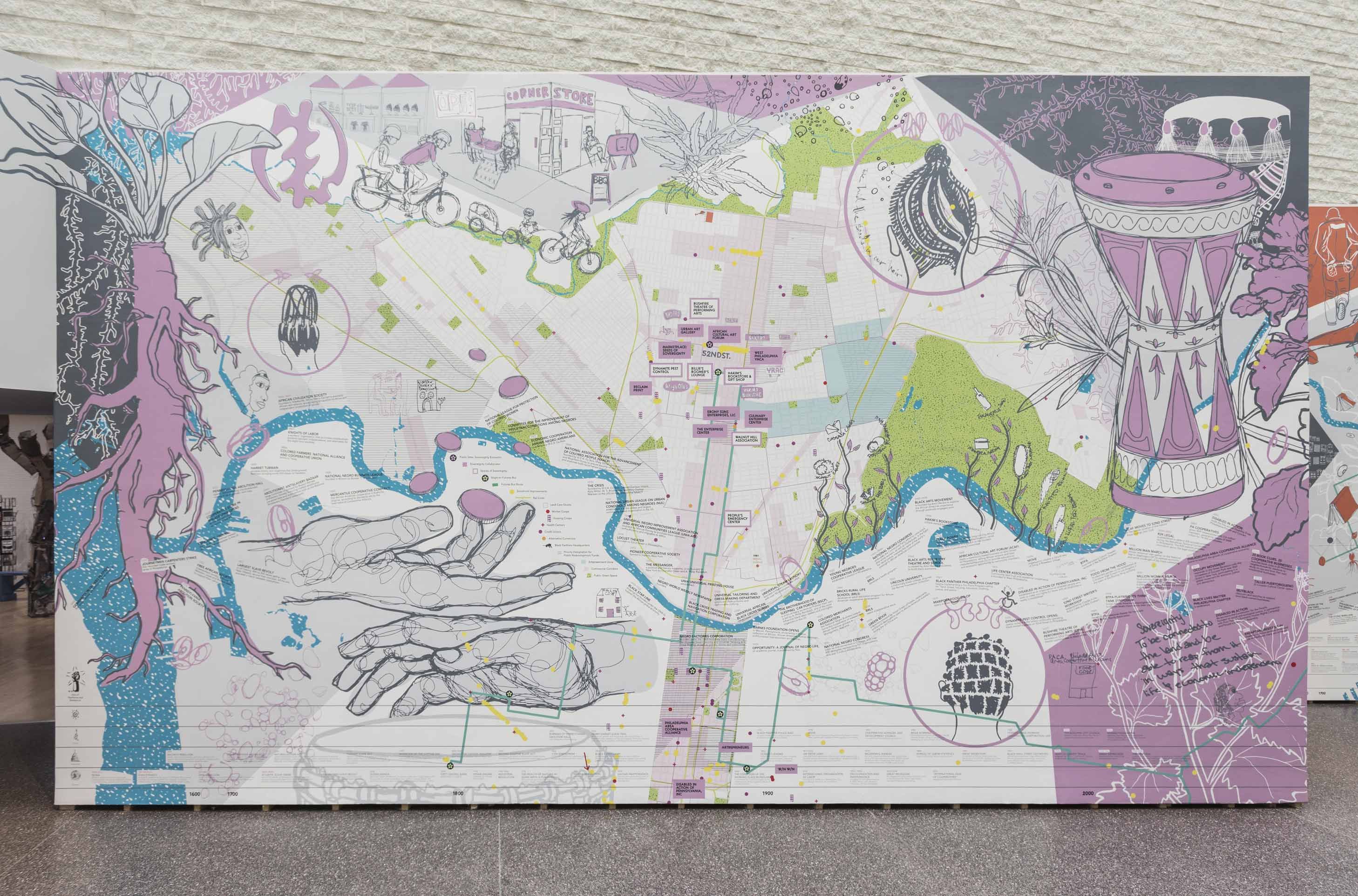 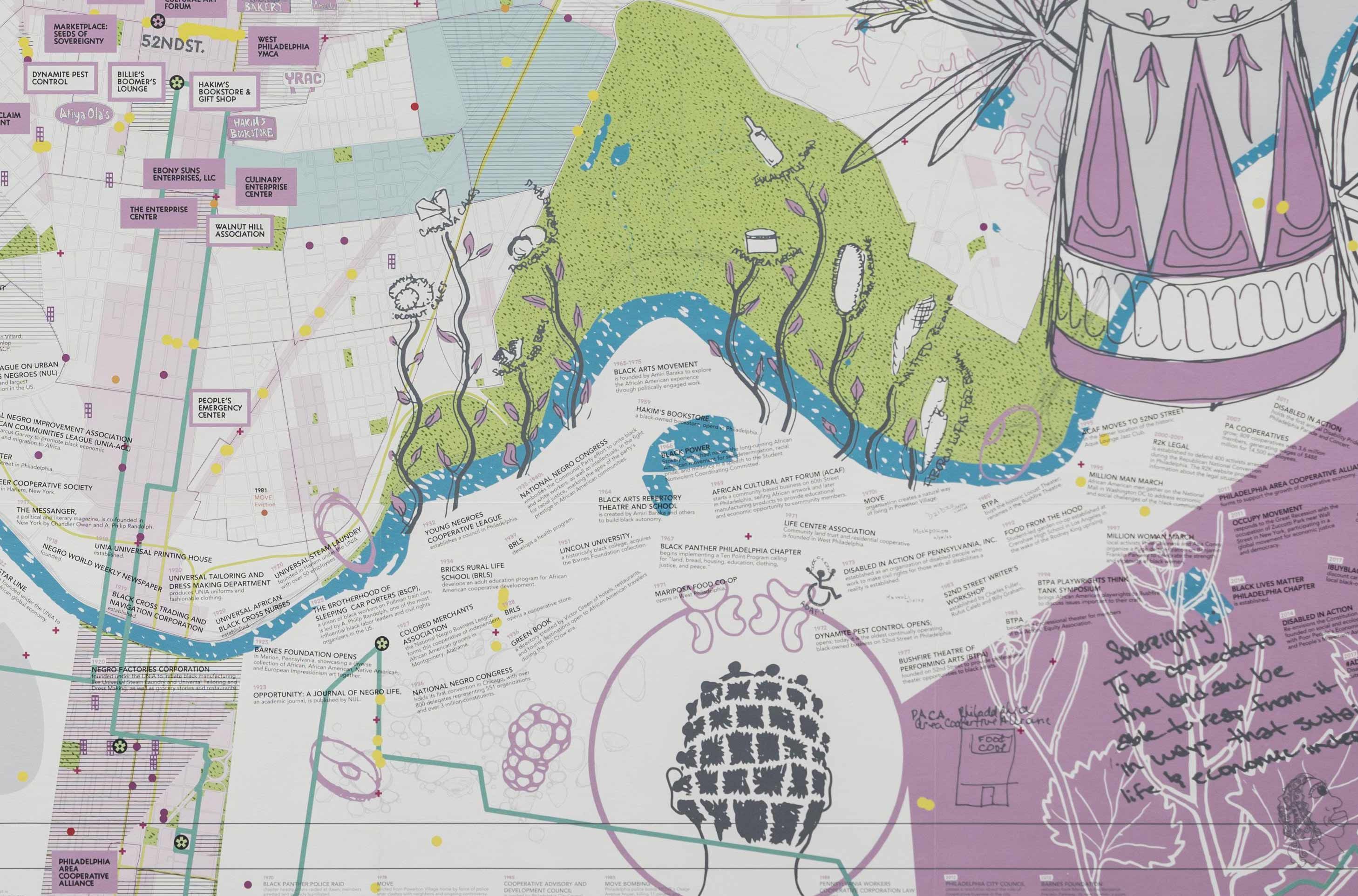 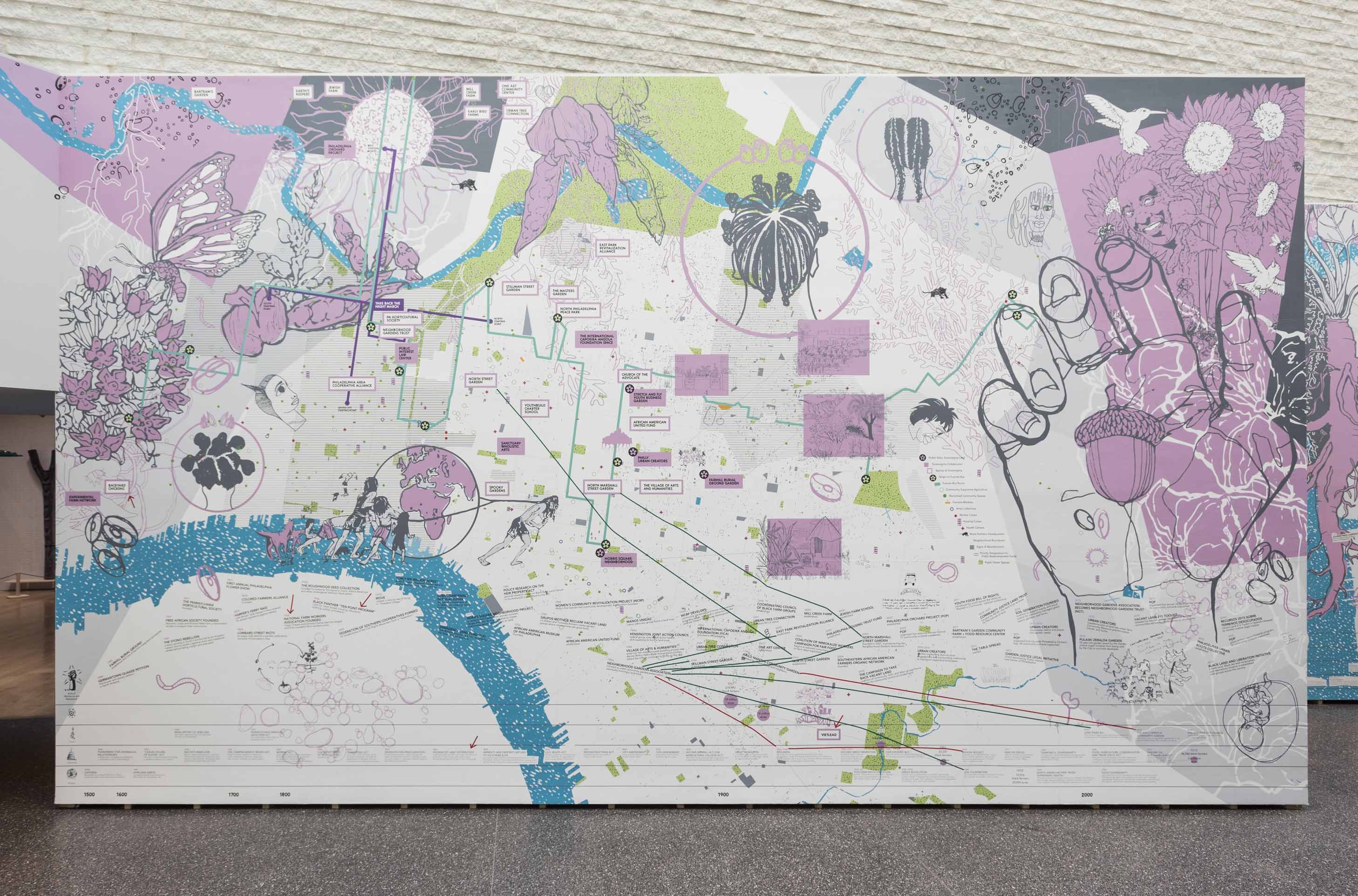 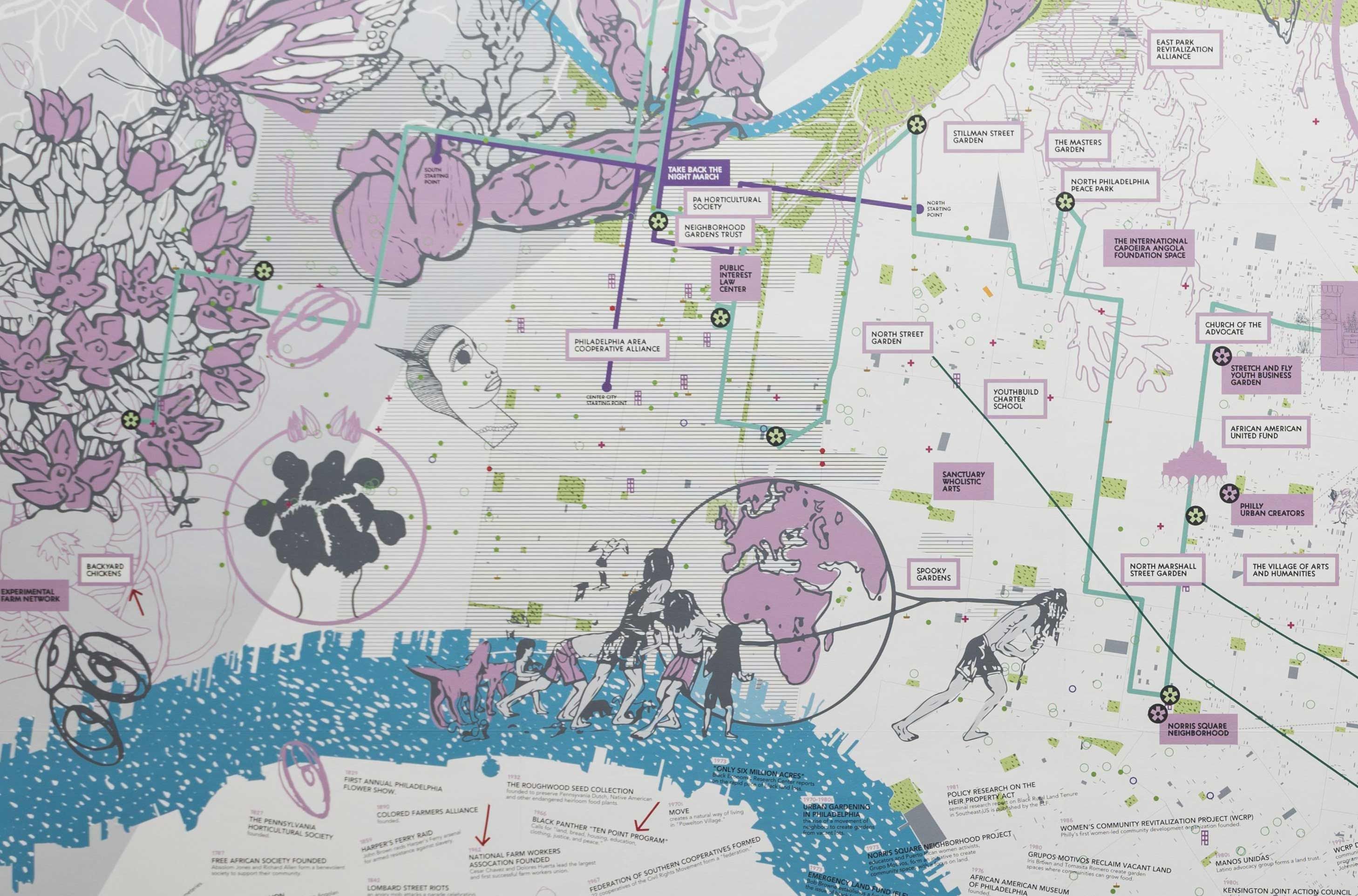 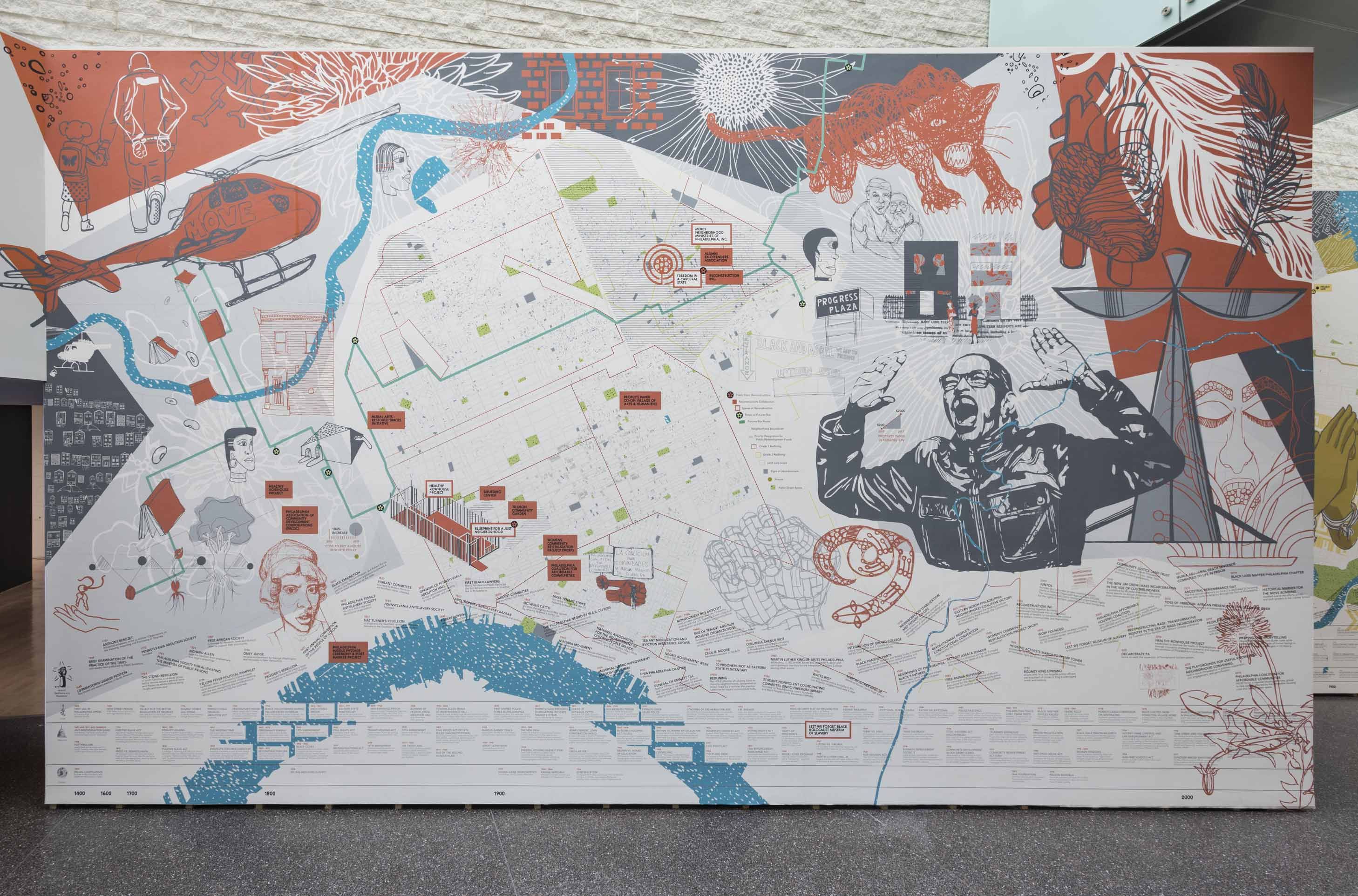 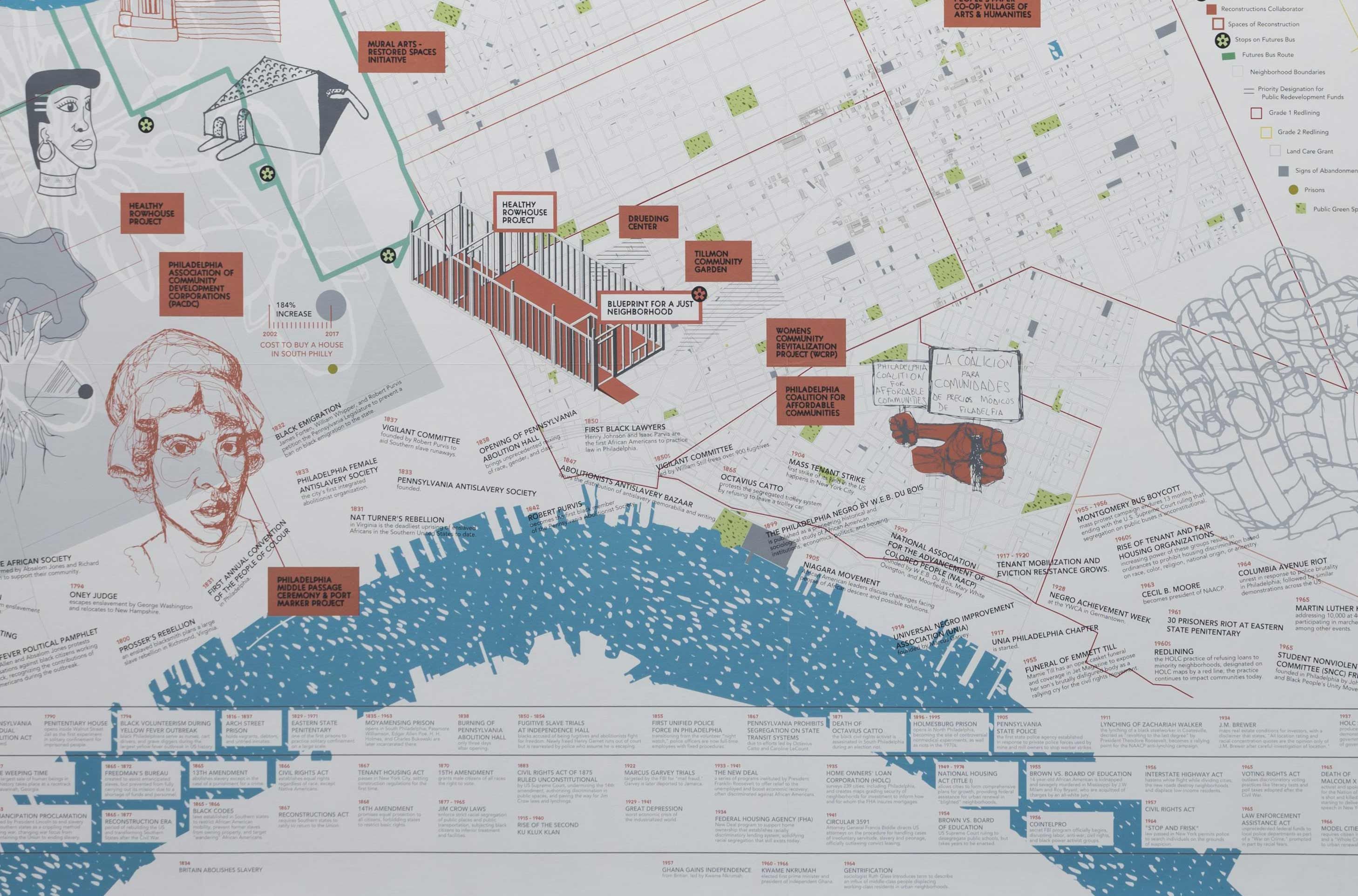 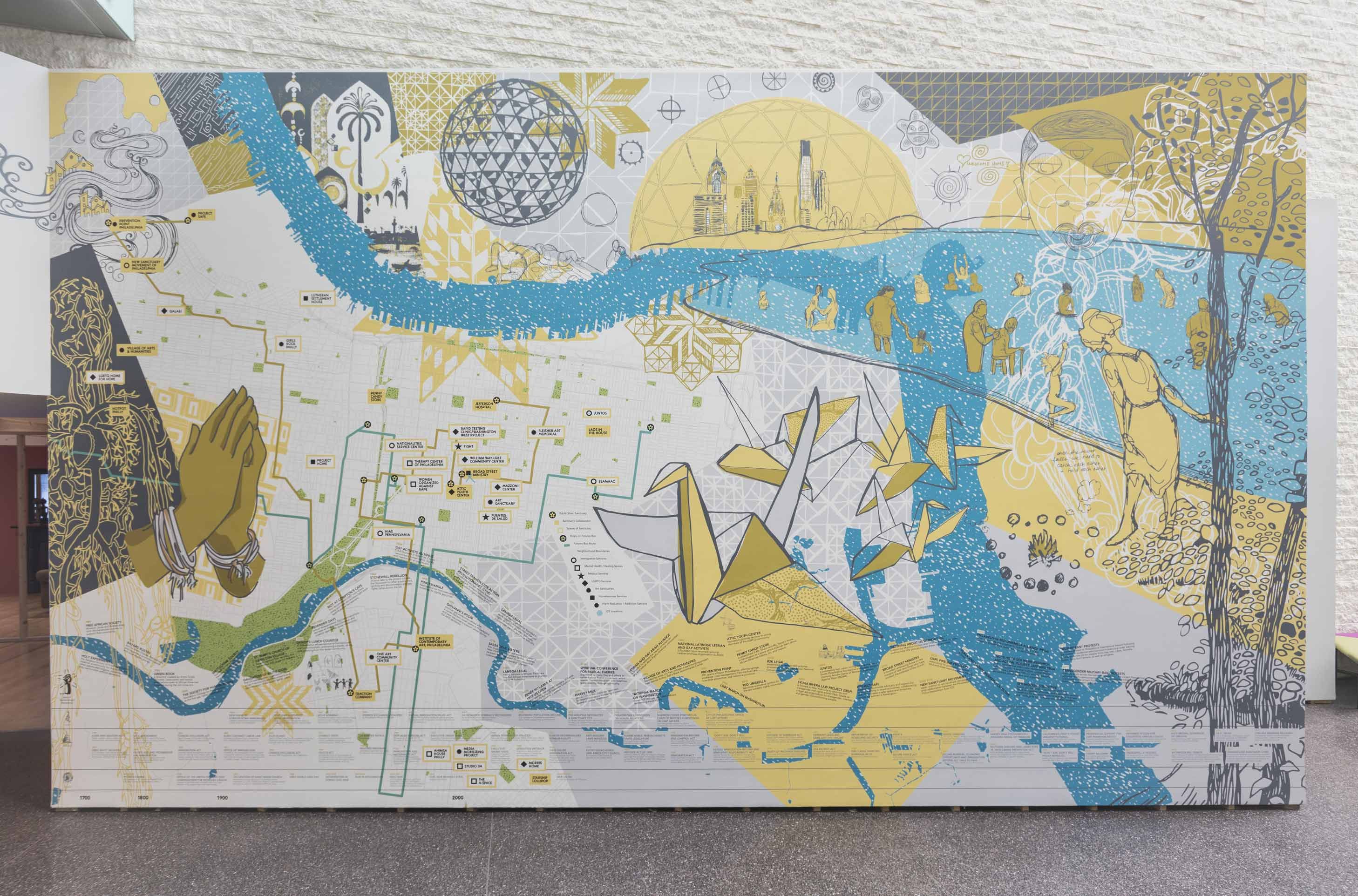 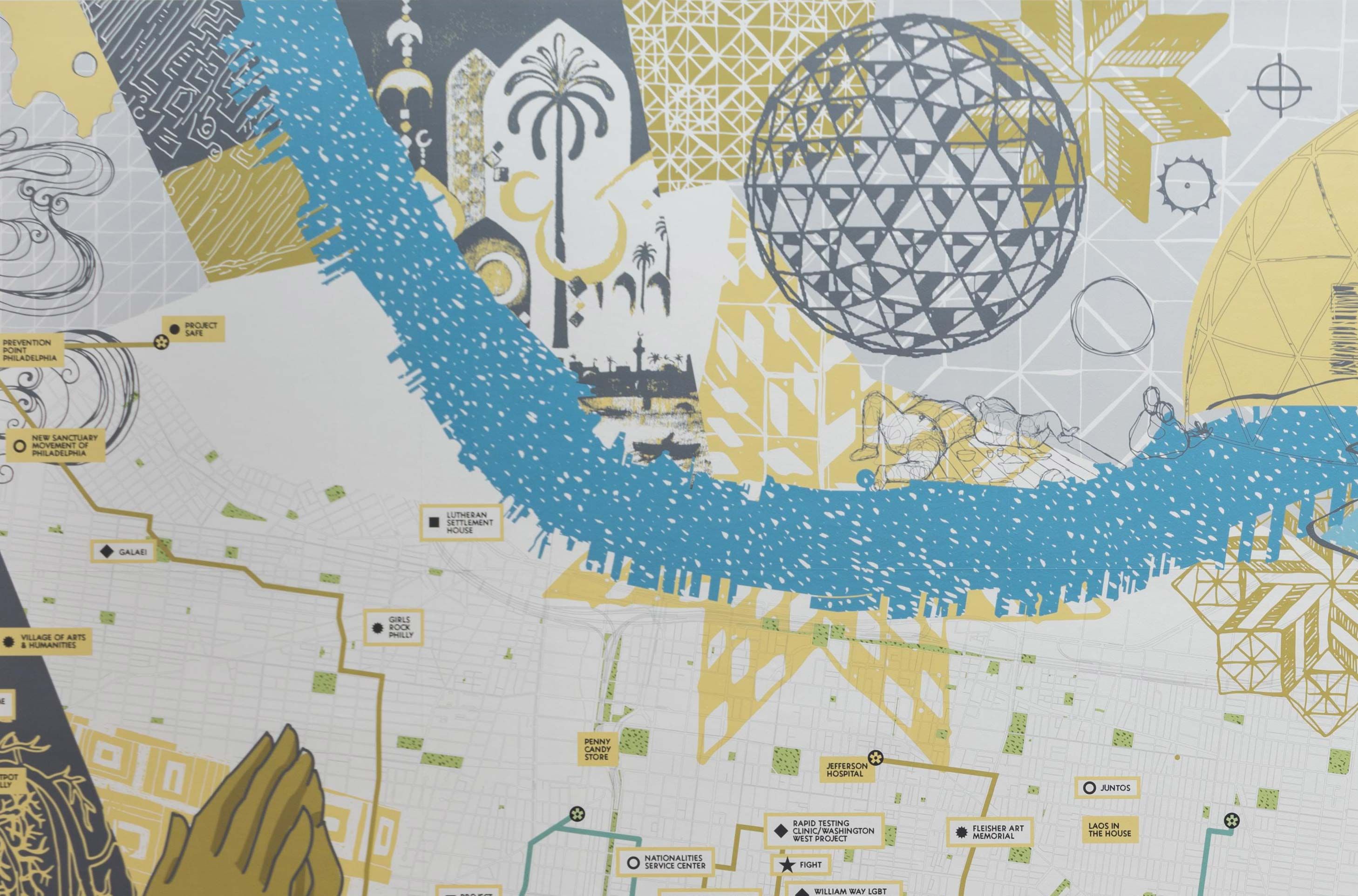 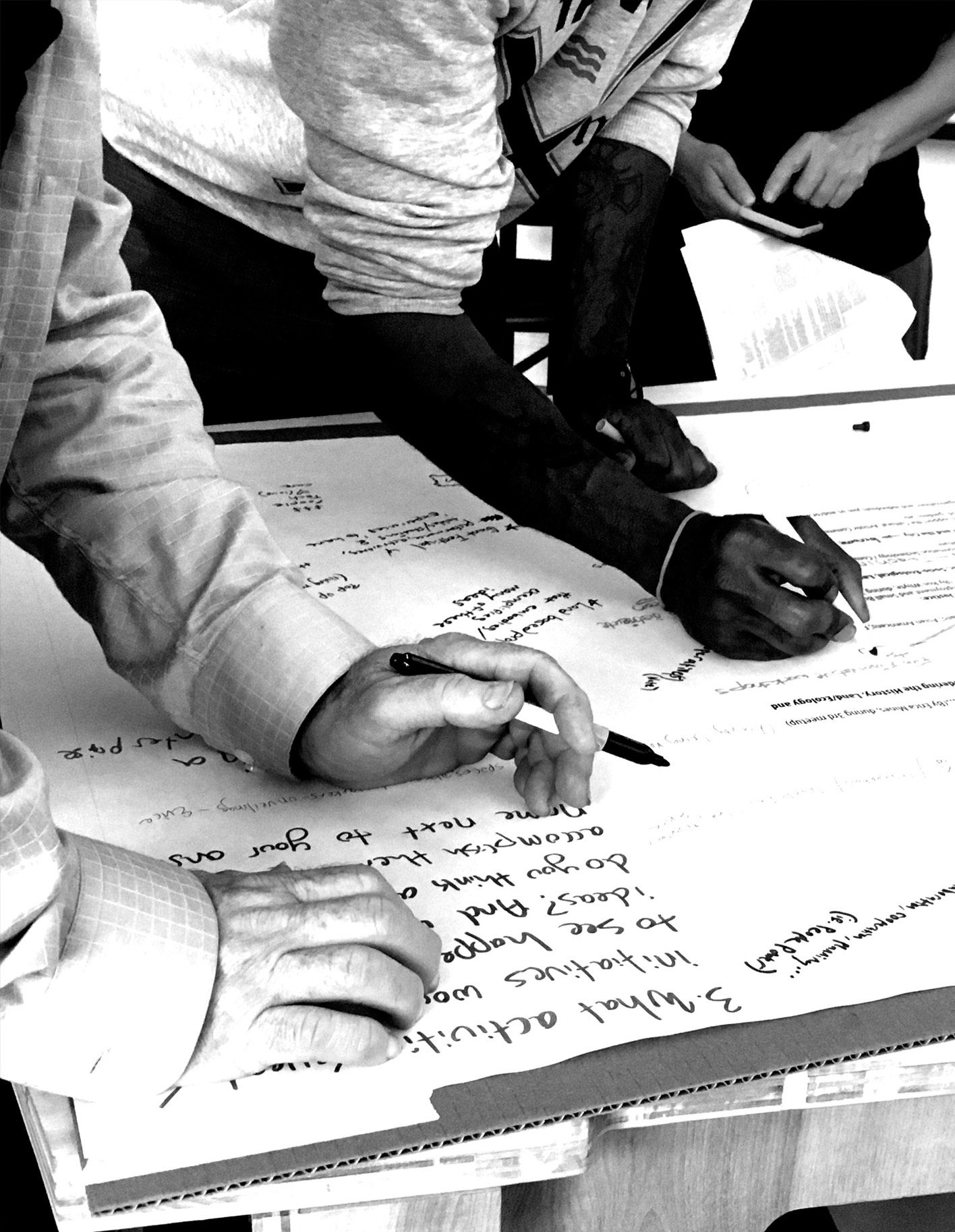